A little over a year ago, I left a great job to fulfill a long-time dream of mine. I embarked on an 8-month round-the-world trip with no clear plans afterwards.

Little did I know that the trip would go on much longer than expected. Here’s the story:

On January 6th 2017, after selling most of my belongings and kissing my girlfriend goodbye, I left cold Montreal for warm Buenos Aires.

The general idea for the trip was to follow summer starting in South America, heading West, going the opposite direction from most world travellers.

This first part of the trip would culminate in celebrating Holi in India on March 13th.

In spite of being on the move almost everyday, I managed to catch all the sights, meet amazing people, fall in love with Chile and get back in the rhythm of travel. It turns out, I’m pretty good at this travel thing. :-)

My friend Simon joined me for Argentina and my friend Andrew travelled with me through New Zealand and Australia. It was great to share these experiences with close friends. 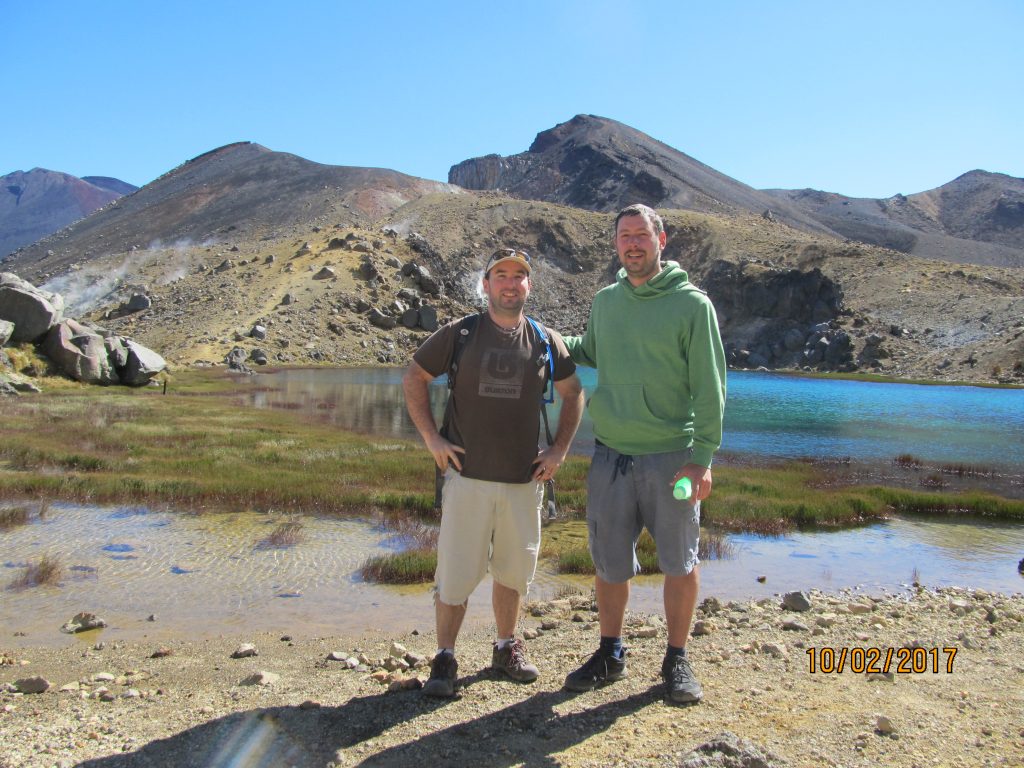 As I was getting closer to my last destination in Australia, Gold Coast, I knew that the next, India, was not going to be easy.

India started with a kick in the face. The crowd at Jaipur airport was starting to riot when I passed customs…

I made it to my hotel at 2 am this first night. The “Pink City” is one of the most beautiful, yet chaotic cities in India. After many more challenges – including running out of battery without knowing the name of my hotel – I made it to Mathura on time for Holi.

After just a few days, it was clear that nothing was going to be easy in India.

Holi turned out to be one of the best experiences of my life. It made up for all the challenges faced in these first few days… including getting my flip flops stolen at the Temple and needing to walk 2 kms barefeet in cow poop. 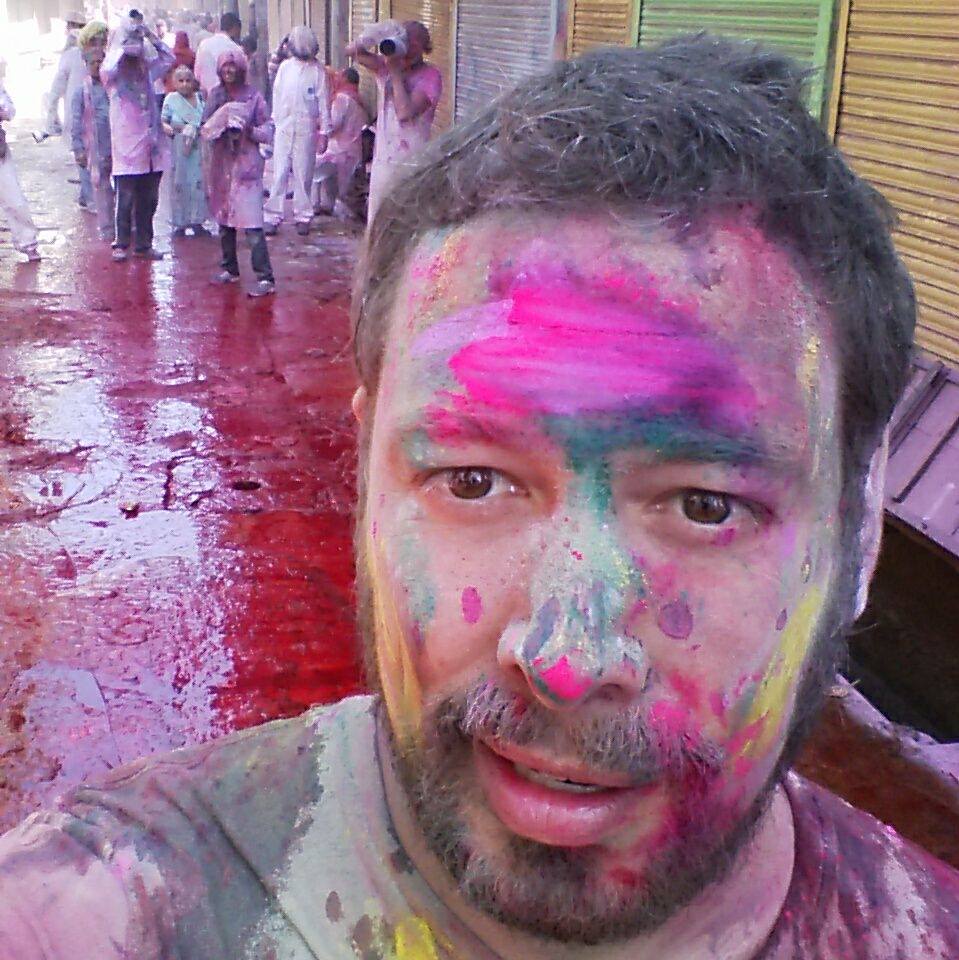 I can honestly say that India changed my life, but not for the typical reasons.

I didn’t start meditating. I didn’t change religion. I didn’t have revelations drinking one too many special lassis.

Spending time with locals, I realized that, despite the hardships in their lives, the people in India embrace the struggle. They lead difficult lives, but enjoy the challenge of making their lives better.

Maybe we have it too easy out West. I came to realize that this struggle is what makes life, and accomplishments worthwhile.

Then, I got tired… Maybe it was the alpine air of Darjeeling or the non-stop movement, but it felt good to stay 7-8 days in the mountains. It gave me the opportunity to start anew. 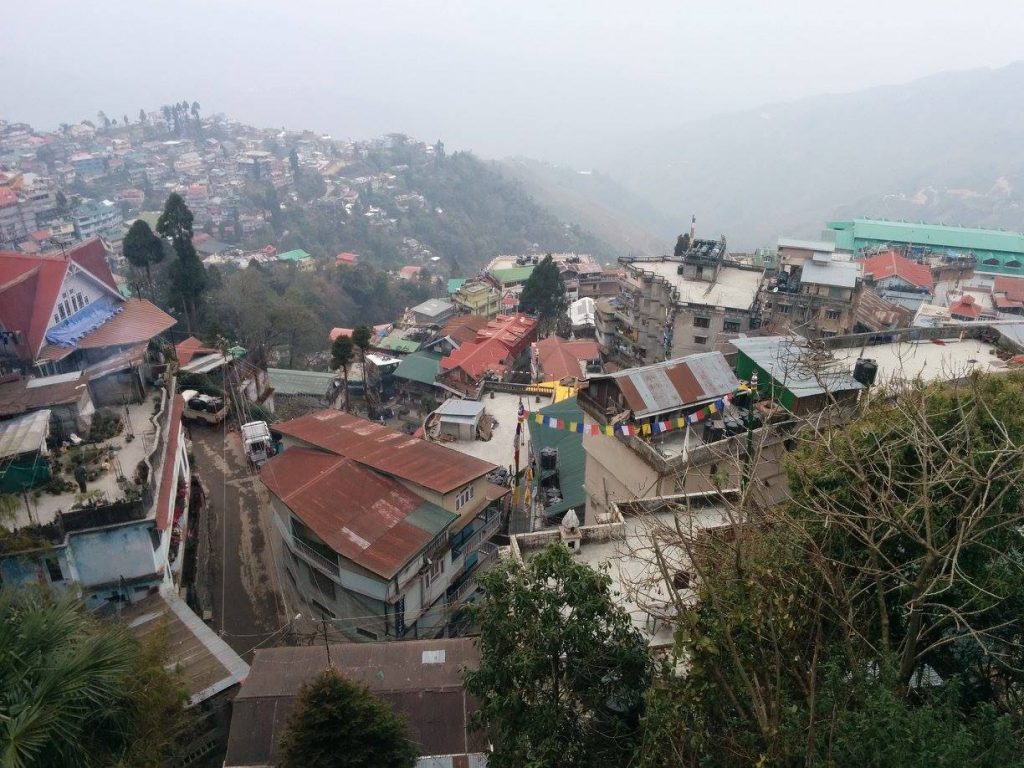 Apr. to Jun. – Flying too Close to the Sun

It took less than a week for me to fall in love with Vietnam – its people, culture, foods, landscapes, history – it was a beautiful discovery. Riding scooter bikes in the Vietnamese countryside ranks high among the best activities on this trip.

Then, things came crashing down. A long-time friend passed away after a long and courageous battle against cancer.

I had seen him right before I left. He looked good. He was planning to start working again in March… I would not get to attend his funeral. 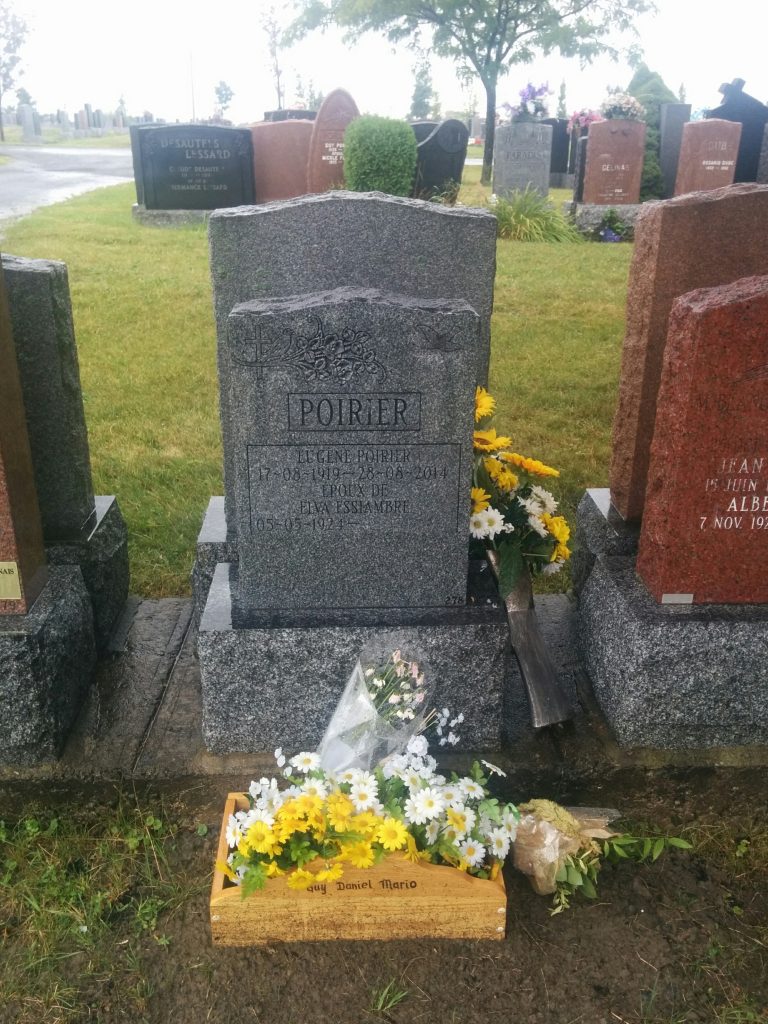 Grave I would not get to see until my return, August 2017

In parallel, my relationship (remember, I had a girlfriend) started to struggle.

We knew from the start that there was a strong chance that it wasn’t going to work out. As predictable as that outcome probably was, I gave it my all. In the end, we could not overcome the distance. I continued my travels with a heavy heart and a sense of personal failure.

It’s a weird feeling to be breaking inside, while being surrounded by some of the most beautiful sights in the world.

In early May, I rediscovered my love for the beautiful city of Hong Kong and embarked on my long-awaited trip through China (Hong Kong to Kyrgyzstan by land!).

We’re probably not meant to travel the way I did; my brain had a hard time processing all the experiences I was collecting while travelling through China.

In the span of a week, I made it to Wulong Karst, saw the giant pandas in Chengdu, visited the Potala Palace, and slept in a hut at Everest Base Camp. 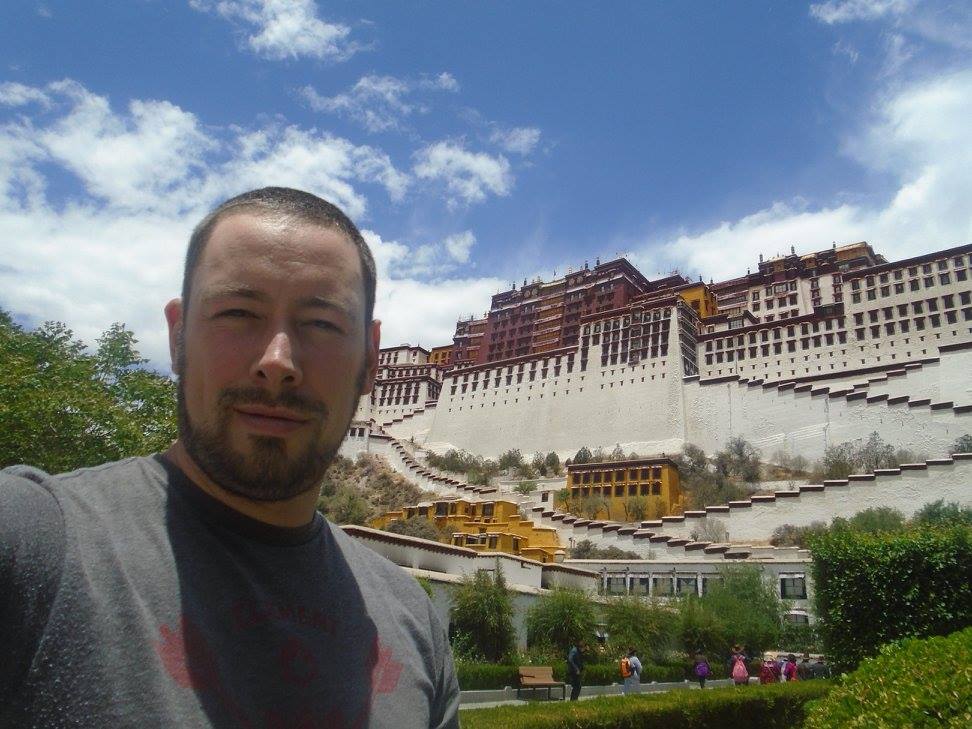 Worst, the following week was just as amazing…

With the collapse of my relationship, new opportunities sprang up. We had planned to move to Vancouver or Toronto upon my return, but the new relationship status opened up new doors for me…

Adversity builds you or destroys you. Always choose to see it as a builder. – Guy Boucher, Ice Hockey Coach

I had been to China several times before and had been learning Mandarin Chinese since 2011.

This time, I wanted to see if my Chinese was good enough to get me from Guangzhou to Kashgar, and across the Kyrgyzstani border in the West.

After a rough start, it turned out that my Chinese was not only good enough to get us across the border, it was good enough to have lengthy discussions on relationships with taxi drivers… 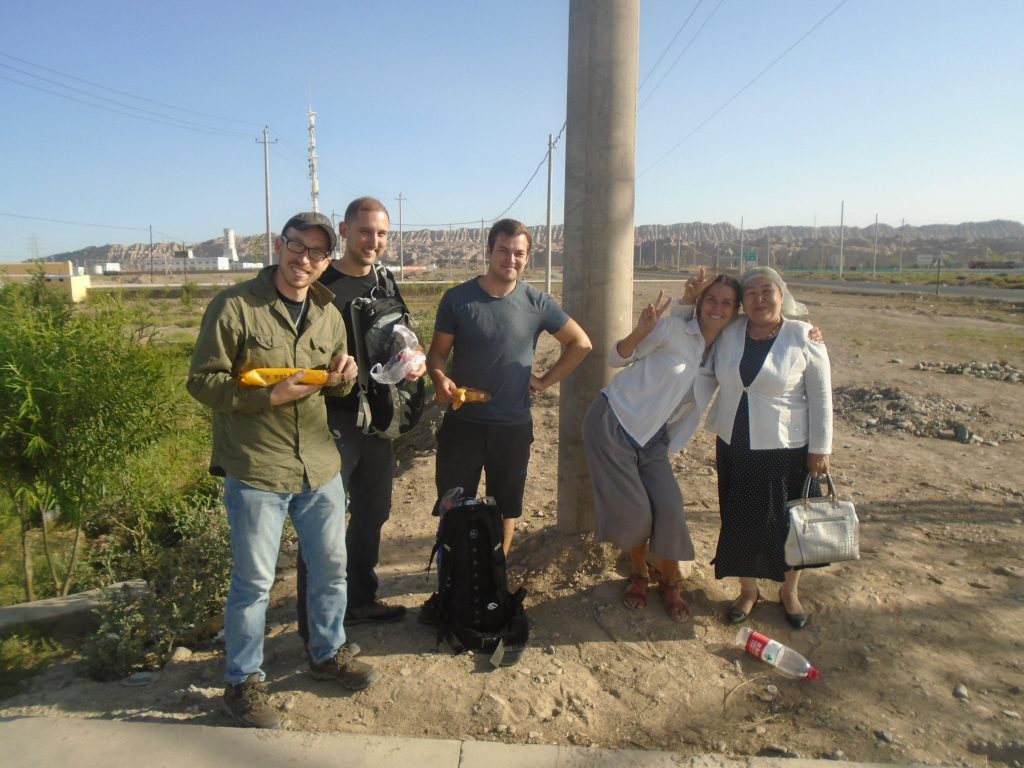 With the crew on our way to cross the Irkeshtam Pass heading to Kyrgyzstan, June 2017

On June 12th, we made it through the Irkeshtam Pass and arrived in Osh, the main Silk Road outpost in Kyrgyzstan.

In Kyrgyzstan, Kazakhstan and Georgia, I discovered Central Asia, a region that fascinates me… and will be exploring for the next little while.

With less of the trip ahead than behind, it was time to start thinking about my return.

As with any hobby, we eventually get tired of travelling. In retrospect, 7.5 months might have been a bit long.

I started to explore opportunities in product management, customer success and operations, at incubators, in innovation or with startups, in Europe, in Asia or in Canada.

Quite frankly, I found LinkedIn depressing. 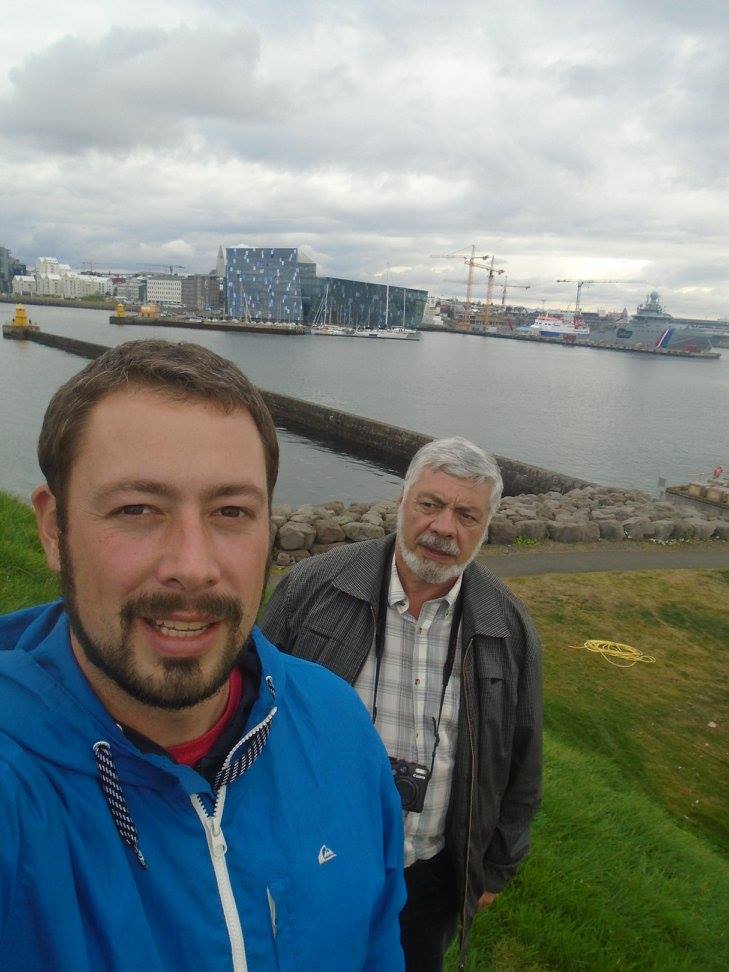 In Reykjavik, Iceland with my father, August 2017

I knew I could find a job. And, if I were lucky, I’d learn a lot in the first couple of years, but then I’d stop learning.

I could then move up (not a lot opportunities when you work for startups) or move out. This would mean starting my own thing, doing another round-the-world trip (!!) or re-starting the cycle at a new company.

To me, learning is key, and I learn really fast.

It creates a clear cycle: 1) Learn 2) Learn less 3) Stop learning 4) Need a change. A friend of mine even said he envied my cycle… 2 years and then gone…

I definitely need to break that cycle.

One of the best things that happened while I was travelling is that my book’s sales started to increase significantly. I was getting a lot of very positive signals while doing very little work.

I knew I had a lot more to say on entrepreneurship, and in July, I published the Control Alt Deceit game. 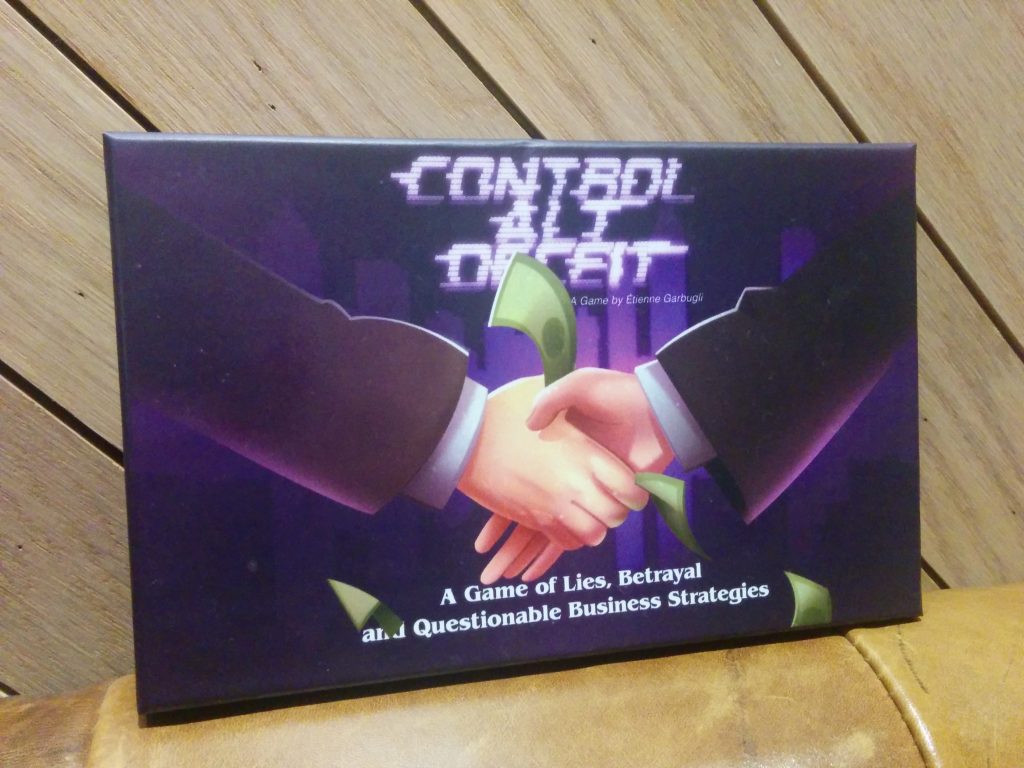 Maybe it was time to trust myself a bit more.

I had been thinking about making the jump into solopreneurship for years, but taking a step back in the hope of making a leap forward is a hard decision to make.

The challenge is great, but the reward can be even greater.

Transitioning to a full-time income from the products I’ve created would open up opportunities for me. If I’m successful, it allows me to:

Somewhere in Iceland, I made the decision to branch off. Upon my return on August 17th, I had decided to move abroad to:

Oct. to Dec. – Finding My Game

It doesn’t matter what you’ve accomplished. Get over yourself. – Steli Efti, Entrepreneur

After careful analysis (I created a huge spreadsheet!), I decided to start my journey in Tallinn, Estonia. I had heard really good things about the city, and the Estonian tech ecosystem had been booming. 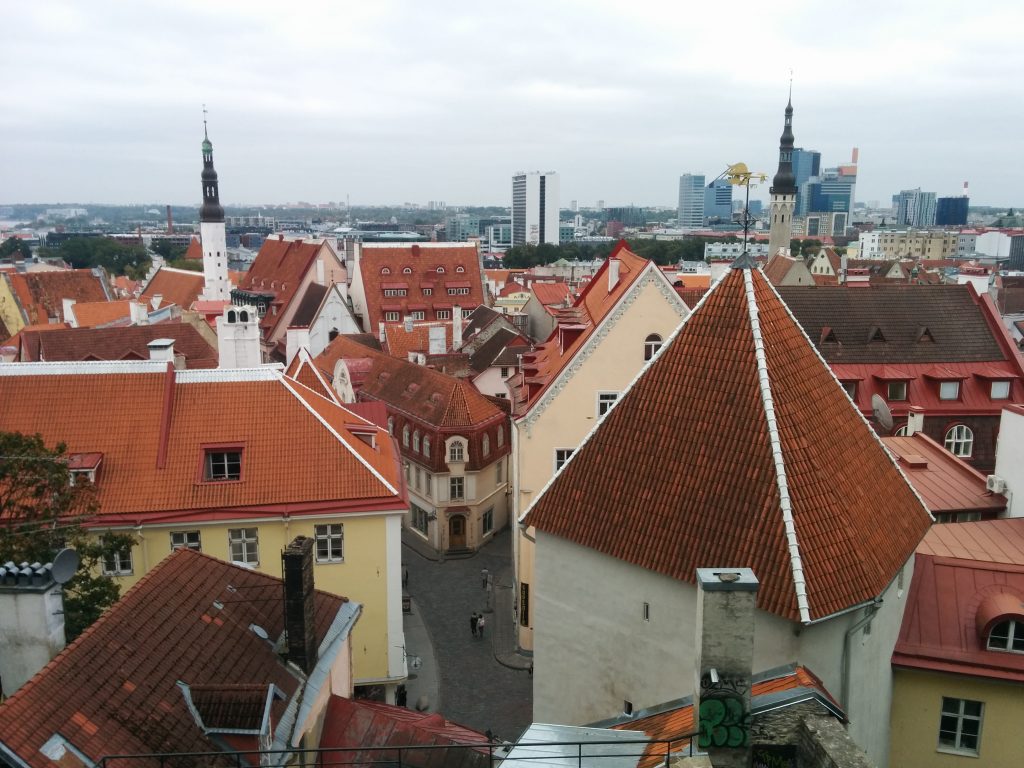 There’s something very inspiring with fresh starts. When I landed in Tallinn, I felt like a kid.

Suddenly, I got to define the rules, explore new opportunities and embrace the struggle. It was exciting. I felt inspired. I was back to learning new things. The data even shows it: 👇

In the last months of 2017, I worked on exciting new projects for the Lean B2B community, started customer discovery for a new tech startup and… I think I might have found the place where I want to live. More on that later this year. :-)

I feel very fortunate to be able to lead the life I lead.

Next Steps – Slowing it Down, Grinding it Out

Life is not found in shortcuts, but in doing the hard stuff. – Ryan Holiday, Author

In life, there’s up and down cycles (like right now). It wouldn’t be healthy to expect life to always be as intense as my round-the-world trip has been.

For now, I work long hours in preparation for the next cycle. I’m excited about the future. I have fresh ideas, new products, and a new life I’m creating.

Embarking on the broken path always paid off for me. I’m at peace with my decisions. They will lead me to the unique place where I want to be.

– –
You can view my round-the-world trip photos here.

Whenever you find yourself on the side of the majority, it is time to pause and reflect. – Mark Twain, Author

Sign up for my monthly newsletter on startups and personal growth.

Étienne helps entrepreneurs & innovators use customer insights to build and grow businesses. He’s a three-time startup founder, a five-time entrepreneur, and a customer research expert. Étienne is the author of Solving Product, The SaaS Email Marketing Playbook, Find Your Market, and Lean B2B. Thousands of entrepreneurs and innovators are using his books worldwide.
Previous post

Don’t do what Réal did…

7 Reasons Why I Stopped Being a Fan

Located in: Rome, IT